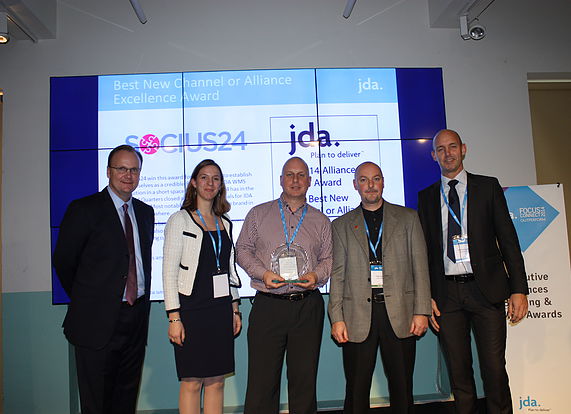 Socius24 is pleased to announce it has won the Best New Channel or Alliance Excellence EMEA at the JDA Focus Connect conference.

Rolf Donslund, Senior Director Alliances, EMEA handed over the award stating “Socius24 win this award for their efforts to establish themselves as a credible Reseller of the JDA WMS solution in a short space of time.  Socius24 has in the past four Quarters closed several net new deals for JDA in the UK. Most notably Lush, a well-known brand in UK and elsewhere”.

Rolf went on to say that “Socius24 has become a trusted advisor of several new clients but also to existing JDA Warehousing customers. The award is well deserved for getting off to such a good start”.