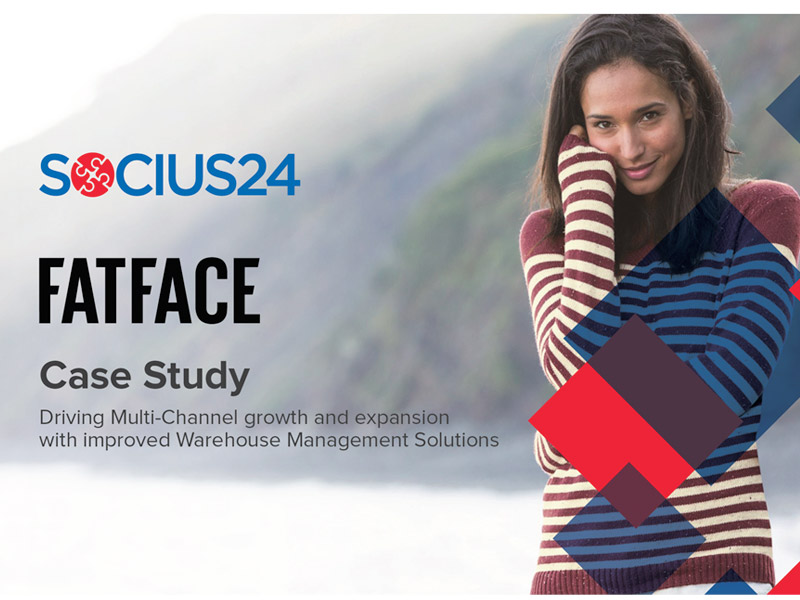 FatFace was founded in 1988 by two keen skiers, inspired by their favourite black mountain run in Val d’Isère, La Face. Today, FatFace is a successful multi-channel retailer with over 230 stores, an award-winning store design, and a fast-growing e-commerce website. The company places high value on customer satisfaction, ensuring a fantastic experience wherever they engage with the brand.

Since the launch of the first store in 1992, FatFace has experienced continuous growth. By 2001, they had reached 40 retail outlets across
the UK and www.fatface.com was launched.

FatFace uses multiple systems in conjunction with JDA, from purchasing through to receipt and delivery to stores. JDA is crucial to this end-to-end process, providing a key link in the supply chain.

With a new NDC on the way, FatFace needed to upgrade from an older, highly customised version of JDA, while maintaining service levels across the two sites and preparing for the next phase of expansion.

Strict time and budgetary constraints meant that the project needed to be completed efficiently, without affecting Business As Usual for any stores or online customers. The brand develops six season lines a year with a very short turnover, so new fashion stock needs to move from manufacturing to stores via the NDC within as short a time as possible, while the ecommerce site offers next day delivery direct to customers.

FatFace selected Socius24 to carry out the upgrade, implementing the system across the two distribution centres while FatFace transitioned operations to the new site. Socius24 was chosen for their deep product knowledge of JDA, and no-nonsense approach to project management. Socius24 carried out the entire project management process at each site and continue to provide ongoing support to ensure that the project achieved the required outcomes.

JDA and Socius24’s USP now run the entire warehouse operation at FatFace’s NDC. Since the upgrade, FatFace has experienced sustained growth throughout the business.

Technology and automation have supported FatFace’s bricks and mortar expansion (from 100 stores in 2005 to over 230 around the world today) and their increasing ecommerce business.

Completing the project on time and within budget, Socius24 helped FatFace improve its warehouse operations. Streamlined processes have increased their capacity to meet demand, with improved speed and reliability in picking, packing and dispatch, which in turn has allowed growing eCommerce sales to be delivered faster and error free.

Despite the complexity of upgrading the WMS at the same time as physically moving operations to new site, with Socius24’s support

FatFace was able to carry on business as usual with no impact to customer deliveries and overall improvement in service.

FatFace won Warehouse Initiative of the Year, at the Supply Chain Excellence Awards 2017 and are already working with Socius24 to add further extensions and improvements to the WMS.